News
Play
Forums
About
Features
Roleplay
Community
Support
"Memories and corpses are all that remain of the Gods of Sigrogana. Despite its ancient name meaning 'the promised land', the war of Heaven's Contention ended with many subjects of mortal worship falling or fleeing, with only the races they blessed and the legends they made remaining eternal.

Yet, the legend of some of these Gods doesn't end with their death; causality leaves its mark not only on the mortal races' today, but its tomorrow as well..."

The successor to the original Sigrogana Legend,

Sigrogana Legend 2 is a free-to-play online multiplayer RPG, with an emphasis on in-character roleplaying with other players. Offering deep customization and unique turn-based tactical combat, the variety of characters that can be represented both mechanically and in roleplay is very broad.

The game's development, headed by Devourer Of Souls (aka Neus) has been on-going for several years, receiving new content updates several times every month, including suggestions, submissions, and feedback from the active and friendly community. If you like RPGs with strategy elements (such as Fire Emblem), or roleplaying with others, we welcome you!
Tactical Battles 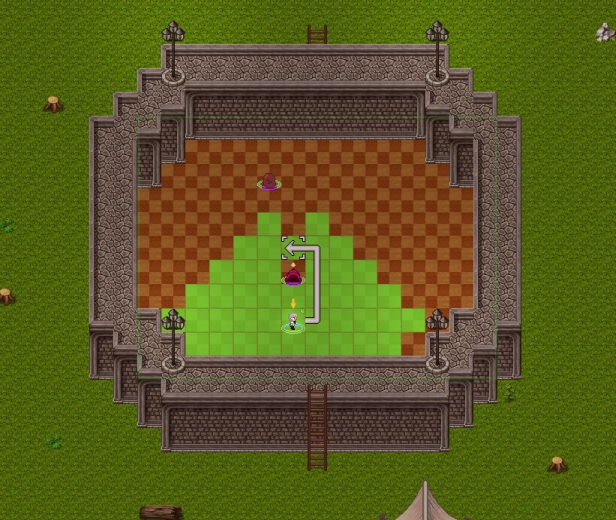 Plan your moves carefully using Sigrogana Legend 2's turn-based tactical battle system. Whether you're new to strategy-like battles or a veteran, the simple-yet-deep battle system will have you thinking about your best move, as well as what fun and powerful synergies to unleash on your enemies; both players and monsters.

At higher levels, monsters get new skills and tricks, so always be on your toes...


Dual-Class System
Your character has a Main Class and a Sub Class. Initially, your character can choose between the 8 Base Classes, but as they level up, you can unlock Promoted Classes, which are more advanced and specialized branches of that class.

Verglas
Ice supports your blows.
... and many more!

Evoker
Nothing but offense.

Grand Summoner
You are a walking army.


Unlocking Promoted Classes gives you access to even more unique combinations.
If you're more of a traditionalist, you can also use only one class as both your Main Class and Sub Class. This doubles the stats you receive from your class, and can have unique benefits (depending on the class)!

Character Talents
One of the supplemental customization systems are known as Talents. Everyone has things they're good at; things that they've developed over time or trained with. Enter talents - by investing Talent Points earned by leveling up, you can utilize its Subtalents, giving you various benefits! 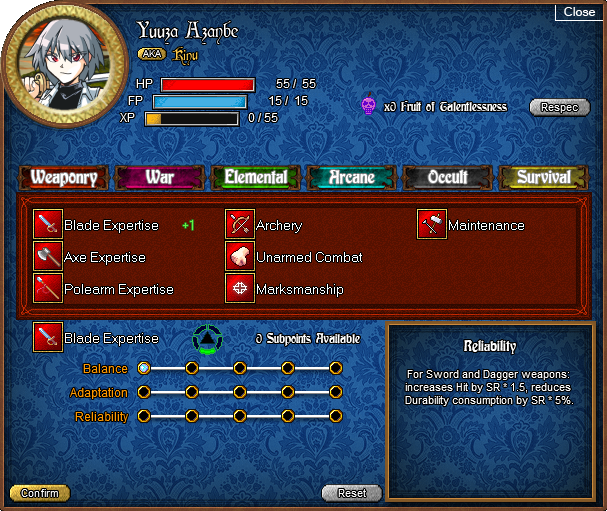 Across 6 main categories, there are over 40 Talents, with a total of more than 125 Subtalents! No one can master everything, however, so you'll have to carefully cater your talents to the character you want to be.

Maintenance
Solve small problems before they become bigger by keeping your own and allied weapons in tip-top shape.

Pyromancy
Boost your power with the Fire element, decrease the cost of spells, and increase your Burn success rate.

Galdr
Perform for other characters and NPCs by singing, giving them special bonuses and earning a little money yourself.

Cooking
Use more advanced food preparation methods, such as meal pots or feast tables in your camps.


Personal Traits
Another major customization system, Traits show more personal properties of your character, their history, and their personality. The number of Traits you can acquire depends on your character's level, but each has a unique effect. Many also have certain requirements that must be met - racial or stat restrictions, and so on. 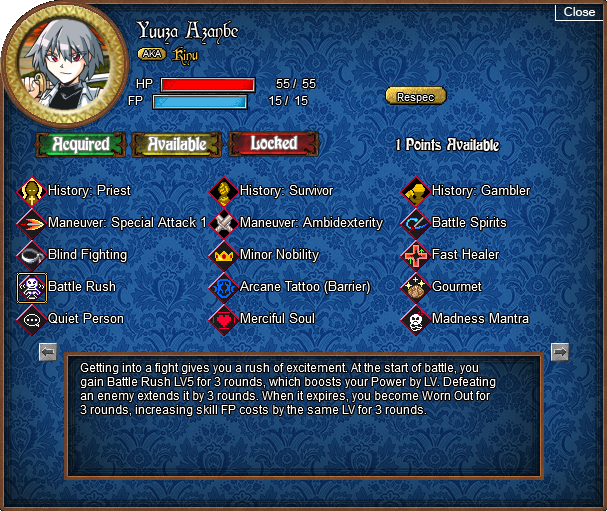 You can utilize traits to emphasize your playstyle, or to help cement your character concept with a little mechanical flair. Special races also have unique traits that can change the way their racial skills work!
For Example...

Arrow Catcher
Catch arrows when you evade them, using them for yourself, including special magical arrows.

Guardian Spirit
Your protective spirit and oldest friend. You can call upon them in battle to fight for you.

Madness Mantra
You have a certain word that you never want to hear... and if you do, it triggers something in you.

Masseuse
Being good with your hands lets you massage your Youkai allies once a day, making them friendlier.

Sentimentality
Your weapon is special to you. The longer you use it, the better it becomes.

Voices of the Past
Oracle race only; you hear echoes of the past, sometimes letting you hear conversations other players have had in that spot.


Roleplaying Systems
Sigrogana Legend 2 is a roleplay mandatory environment, and it offers a number of systems that help or reward you for roleplaying. This is done primarily through the in-game communication actions; say, shout, emote, etc....

What is Roleplaying?
Roleplaying is the act of taking on the role of a character and playing with others as if you were speaking and acting as that character, even if they're very different from how you, the player, are. Your character has their own needs, wants, personality, and knowledge that are entirely separate from the player. Good roleplaying involves immersing yourself in that role. In game, you do this by interacting with others using the various communication verbs such as say, shout, etc.

The topic is discussed at more length in this SL2 Wikia page. If you're interested, read it over.

Do I have to roleplay?
The game is roleplay mandatory. If you use the in-character verbs (say, shout, etc.) then you are expected to be using them for in-character things. However, generally speaking, as long as you are not disturbing the roleplay environment, you do not actively have to seek out and engage in RP. That said, you are still subject to the character creation rules, and so on, even if you do not intend to RP.

If you just want to give the game a try, then you are welcome to do so. Roleplaying is very fun and will only enhance your experience, though, so it is highly recommended to do so. Even if you're completely new to roleplaying, as long as you're doing your best, that's all anyone asks; over time, you will improve. Furthermore, the community is very friendly towards new players.

What rules do I have to follow?
Most of the game's rules are common sense. However, please read over this SL2 Wikia page for full details on the game's general rules and roleplay guidelines.

Community Links
Check out our growing Discord community! Joining it lets you chat with other players, see what new updates are in the pipeline, get assistance from GMs, and more.

The NEUS Projects site holds the official game forums. Here, you can discuss the game, make suggestions, report any bugs you find, throw some balance salt, and so on. It also contains in-character forums for roleplaying as well as a lot of information on lore, and so on.
The SL2 Wikia contains a library of useful information on things such as game mechanics, racial info, class synergies, quest walkthroughs, and lore. Anyone can contribute!

Sigrogana Legend 2 is a free-to-play game that stays alive thanks to the generous support of its players. If you would like to help support the game, there are some ways to do so!


Asagorians
Asagorians are a currency you can use in-game to buy certain special items. These items do not increase the strength of your character, but are unique items or convenience items that you may enjoy using.

After purchasing, your current character will receive your Asagorians automatically within a few minutes (or when you login next).
A Few Examples...

Asagorians
A special currency used to trade with Matsuri at an Asago building.

Automated Shopkeeper
Sells item you put in it while inside of a house or at a shop stall in towns.
You can also do this through Cash.App if you don't have or want to use Paypal. Put your BYOND key in the note field. This method is not automated, but is usually delivered soon after received. 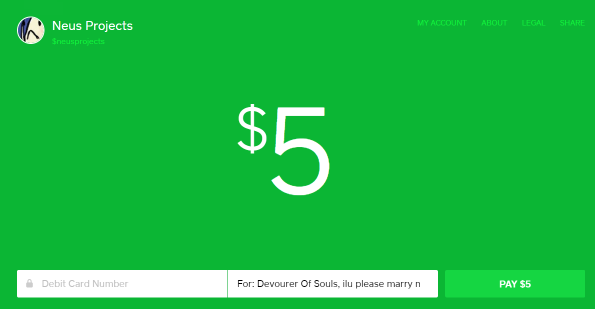 Patreon
You can now support the game's development on Patreon! Patrons get a variety of rewards, including Patrions, which can be used to get exclusive in-game rewards such as Item Regalia and Youkai Regalia.

Patrions
Trade these in with the Patrion Chest in an Asago Building for rewards.