Home of the Sigrogana Empire, as well as many towns within, such as Dormeho, Beldam, Tannis, Doraington, and more.
Post Reply
17 posts

A new wave of wanted posters are spread out across various public boards in Cellsvich, Dormeho, Tannis and even on the wall at the Badlands Arena, each one plastered with an artist's accurate rendition of certain criminals, presume that each poster is provided with an accurate description of the criminal listed, each of the wanted posters is handled and hung up by a cordial white haired grimalkin woman, who noticeably is first squad. (Yes she still does this.)

Written in fine print at the bottom of each poster would detail the rewards for each of the wanted posters, placing a bounty on each of their heads.

(OOCly, Legend inks are also a reward, they represent a deed not an actual item.) 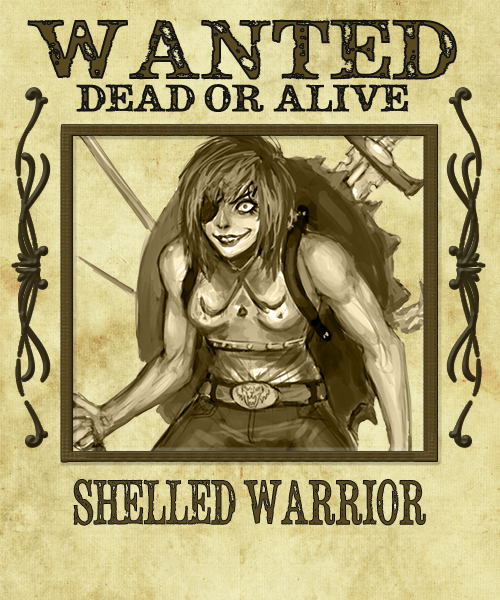 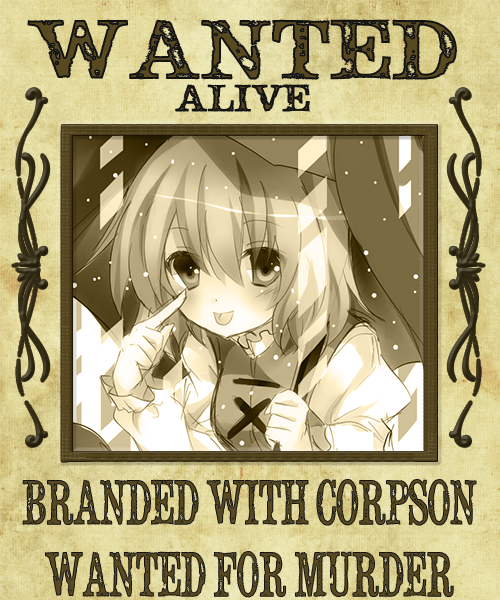 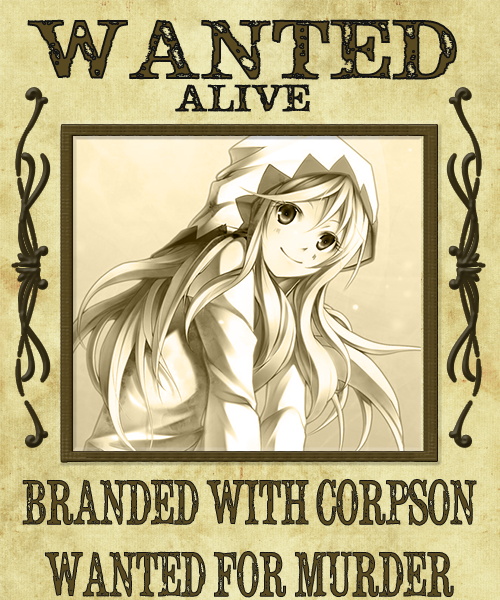 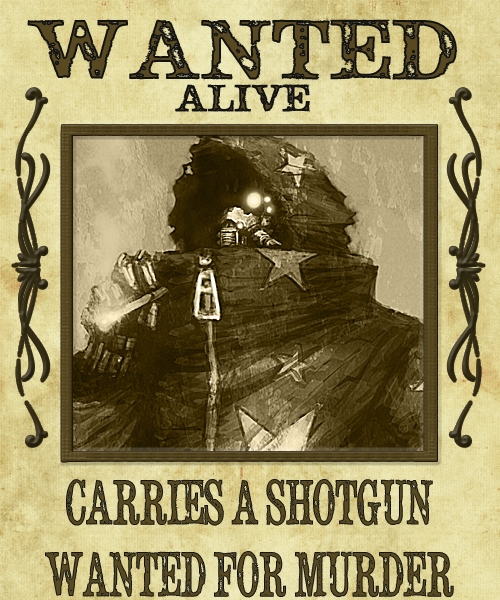 Reward will be doled out upon capture and bringing the criminal or their remains to Fort Arjav.
Last edited by Spoops on Tue Aug 07, 2018 7:49 pm, edited 2 times in total.
Top

CAPTURE: Xas (The Zeranic Reaper) was captured and has served his time already.
Last edited by Spoops on Tue Feb 12, 2019 9:34 am, edited 2 times in total.
Top

The following are all dangerous, armed criminals, proceed with caution despite some of their appearances. 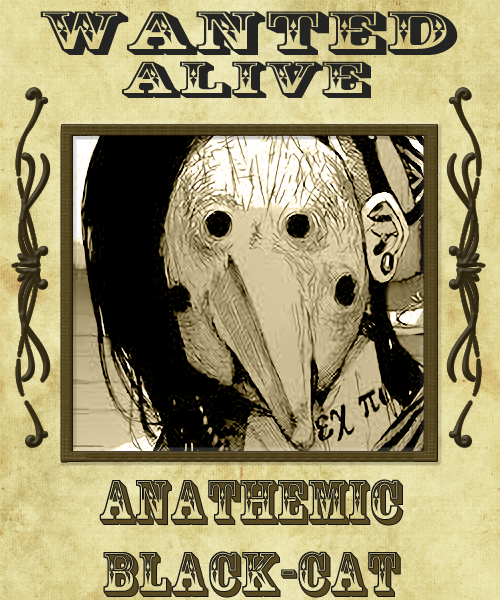 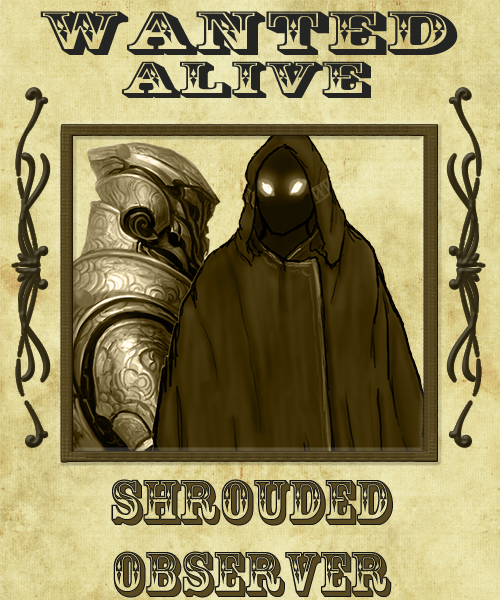 WANTED: ??? (Shrouded Observer) A Lich who had co-ordinated an assault upon the sanctuary hospital located in Cellsvich, known necromancer, a void practitioner and is suspected to be affiliated with Jin Kano, a Necromancer under the same MO. (Requesting Guard: Faye) 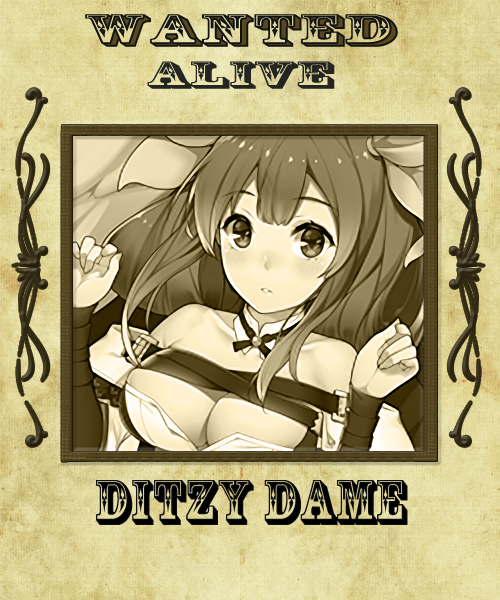 WANTED: ??? (Ditzy Dame) Described as being a corbie woman not dressed in a whole lot, she carries an odd looking contraption, a crossbow with a receiver built underneath, able to fire bolts and bullets simultaneously, described as having more strength than initial appearances might suggest. (Requesting Guard: The Commander) 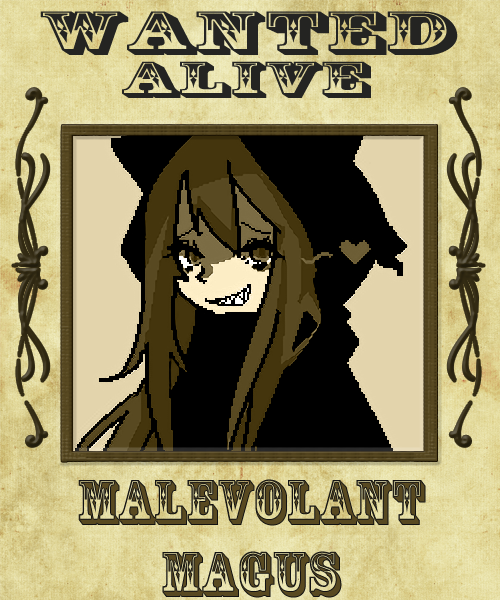 WANTED: ??? (Malevolant Magus) A robed magician seemed to employ powerful magicks that could be likened to the void. They wielded powerful dark magic as well as the ability to tear portals into the space before them (Requesting Guard: The Commander) 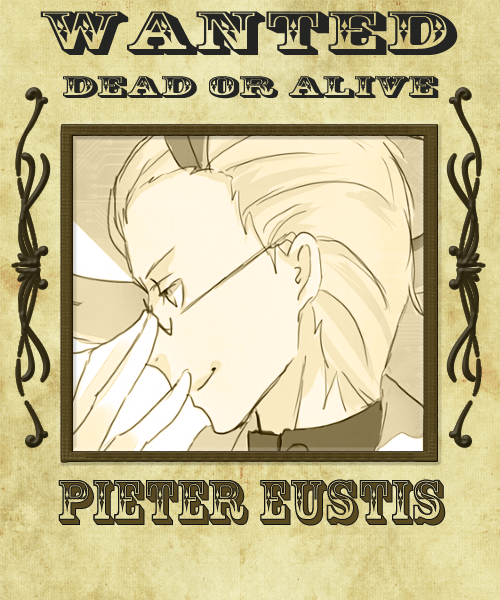 ((OOC Note: This forum topic is not for commentary. It exists solely for the purpose of showing information regarding bounties. Anything else will be removed.)) 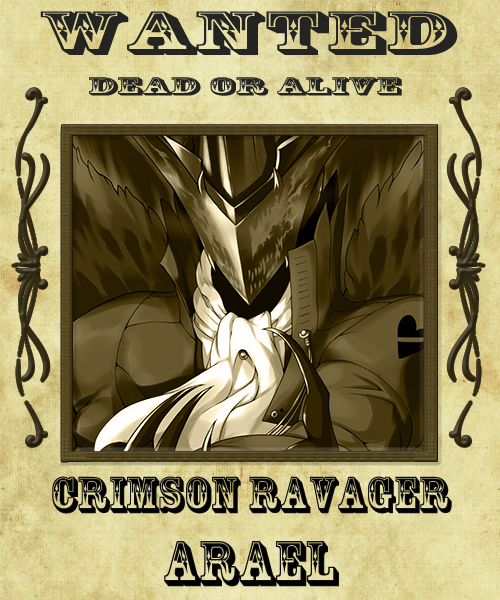 WANTED: Arael (Crimson Ravager), he is currently wanted for heinous crimes against the empire, and is responsible for the destruction of Cellsvich originally and the distribution of parasites, he is described as an incredibly dangerous man and should be treated as such, it is heavily advised -NOT- to approach him without caution, and especially not alone. (Requesting Guard: The Commander)

Reward will be doled out upon capture and bringing the criminal or their remains to Fort Arjav.
Top

CAPTURE: Xas Jagar(Aristocratic Zeran) has been captured and detained, he is to be scheduled for execution.
Top
Post Reply
17 posts