"VAs are too strong!" "Evokers are too weak!" "Nerf Kinu!"
A place for all your ideas and woes regarding game balance.
Post Reply
18 posts

Okay so, in my opinion the strongest build in the game right now is Hexer in combination with Void Assassin.

Why? Because of the exodia combos they have at their disposal.

By revile fraying one voidgate the Hexer/VA now has access to infinite void energy which equates to infinite sustain in both HP and FP thanks to black elixir and absorb veil making the combo extremely oppressive and basically on a very short timer before getting exodia'd combo'ed.

The combo is essentially setting up a mini voidgate base at round start, fraying one without the use of a dagger but having good dark attack and abusing refraction to recharge void energy to maximum charge every turn, repeat until you literally have 8 of the things around you which can also refract projectiles, the most disgusting being fleeing spectres which is 8 projectiles on a multiplying damage scheme thanks to voidgates.

And if the enemy decides that they want to rush down the Void Assassin/Hexer they can easily just black bolt every turn since it has NO COOLDOWN for such a debilitating spell and zero consequences to the Void Assassin mage themselves.

I'll admit I wanted to refrain from making this thread due to the bias of me using this build as well of a glykin of all things, but now that it's getting more popular and easy to do, it's a big problem.

Fleeing Spectres can no longer be refracted like acid shuriken's acid flower potential.
Black Bolt now has a 2 round cooldown for such a powerful spell needs to have strategic consequences/uses.
You no longer gain energy from refracted fray projectiles.

Make the usage of void energy cause an injury in any type of combat. Perhaps some sort of cursed wound with the more void energy used the higher the level.

As nobody seems to enjoy roleplaying 'in character' injuries, this is probably the best way to show people that abusing the void is a /bad/ thing.
"I feel the weight of my sins crawling on my back."
Top

I can't even do the exodia combo when my internet is bad because it lags my computer and the server just like acid flower does.

I like the idea of Cursed Wounds being applied by Void Reverb along with the Null Damage. It could work like Matador does. Every time you take Null Damage from Void Reverb, you receive Cursed Wounds LV (Reverb Damage * 1.5), and the duration is increased by 2 rounds per proc. (Also, Wash Off should probably not trigger on this. And perhaps not really 'Cursed Wounds', but a new debuff called 'Void Worn' or something, so the flags are different and Wash Off doesn't stop removing Cursed Wounds in general.)

Also like the idea of making the 1250+ Wind/Darkness damage from Fleeing Spectres to not actually be a thing anymore, for pretty obvious reasons.

The cooldown is questionable at most. Because with the former suggestion of Void Reverb inflicting Cursed Wounds, it may make people not actually want to spam it down to 1/1 HP. No words on that.
"Show me what you've got, Snake!"

I'm totes for the solutions Kpec presented here, not so much for the evil one though. I'd go as far to add that refracted projectiles should probably have their damage gutted by half or something as it's still easy for the damage to get out of hand even without fleeing spectres. 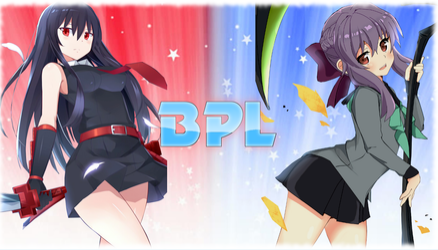 Black Bolt has needed a CD for the longest. It's currently one of those skills that's easily abused because setting up VG's is hardly an issue and what's worst of all it applies some very nasty statuses without even checking status resist, WHILE repositioning your enemy each time. I'm all for these changes except for the evil solution.

Black Bolt certainly needs a cooldown, since you can get enough Dark Attack to max out Void Energy with one gate's frayed projectile. And yes, mult-projectile attacks grow out of hand very quickly with refraction. See below:

That's 21 specters worth of damage, the equivalent of 2100% SWA + 1470% Dark Attack + 1470% Wind Attack. It's also trivial to kill people with the Fray projectile, since they ignore Resistance and fire out 4 projectiles that can be refracted.

Last I checked, Fray was meant to be non-refractable, anyway. Or, at least, that's what one of the older patch notes implies. So I'm going to believe that would need fixing as a bug, though that might not be the case.

As far as the exodia attacks go, FS is a pretty big concern. Though, rather than killing off that synergy entirely, if it would be possible, I'd suggest that only one portal can refract one move, regardless of the amount of projectiles. This would bring it down to speed with all the other projectiles you can use with Void Assassin.

If that isn't possible, my main suggestion would be that for every refraction that takes place to a portal, the portal becomes less and less stable, reducing the duration of it by one.

As far as the evil solution goes. I don't really want to say that would be a good idea. It may put people off of touching the class, since, well, if you don't look at the Exodia issue we want to nerf, the power it has currently is, well, good, but not "the best", and to detriment it would take from that.
I have nothing useful to contribute to this signature.
Top

The impact of (mage) void assassin gets increasingly scary the longer you let them set up, and while I do think a void mage who has set up should have heavy zone control, the power of spells like Fleeing Spectres like in the gif Kam showed can be disturbingly easy to throw people into with skills like vanishing strike, and can often lead to the instantaneous death of someone even if they were to have high RES, I don't know how to balance it other than how Acid Flower was changed, which is to stop damage from occuring past the first fleeing spectre per void portal.

Black Bolt is also insanely strong and can be used to win fights alone, I've packed this onto a destiny engineer who is meant to use bots and I've quickly realized that I could have (If I wanted to) win fights solely using that, I try not to since its supposed to be an ignite engine gimmick build.

That said if Black Bolt ever gets the chopping block, I'd like to see some dagger functionality thrown into it, that'd be really nice for Void Assassin, as it currently boils down to: Choose dagger or tome.

I think Void Mage needs a slap to how deadly it can be, the zone control and tankiness towards magic can probably stay just fine.

The only thing keeping Void Refraction in check is how long it takes to setup that many void gates to cause it to be lethal, and the fact they all have to be owned by the same person to really make it work. Though with how Black Bolt currently functions it's often not that hard to buy enough time given the RNG throws your opponent far enough. Its strength lies in the sustained burst damage you can deal should you have an armada of void gates lined up and an appropriate projectile to multiply for insta-kills (fleeing spectres currently being one of the major offenders due to how many projectiles it spawns at full damage).

Black Bolt could definitely afford to have a cooldown and as others have said I'm pretty sure Fray was supposed to have been changed to not get refracted.

As for Void Refraction, the only real offenders are multi-projectile skills getting further multiplied. You'd need multiple casts of most single projectile skills to benefit otherwise aside from outliers like Eclair Lacroix, and if the damage was further nerfed for getting multiplied, it'd almost never be worth it to setup unless each projectile carries an effect worth multiplying (Gentle Torrent, Needle, etc). So I'd say preventing Fleeing Spectres from being refracted would be a good start, or removing the ability to multiply projectiles from the same skill more than once per portal (as mentioned in above posts).
Top

It is also possible that there needs to be an upper limit on maximum voidgates active at once.
Top
Post Reply
18 posts