Home of the Sigrogana Empire, as well as many towns within, such as Dormeho, Beldam, Tannis, Doraington, and more.
Post Reply
17 posts

CAPTURE: Kizu/Rei has been captured and brought into the fort, serving his time thusly.
Last edited by Spoops on Tue Nov 19, 2019 1:57 am, edited 1 time in total.
Top

Another wave of wanted posters have found there way onto the board for the public eye to gander at. Before each a notation is written regarding the groups 'threat level'. "The culprits are well organized with group tactics. Proceed with caution if aiming to approach any; an ambush or other tricks could be likely." The validity of the statement could be chalked up to paranoia, or some varying warning to be cautious and prepared. 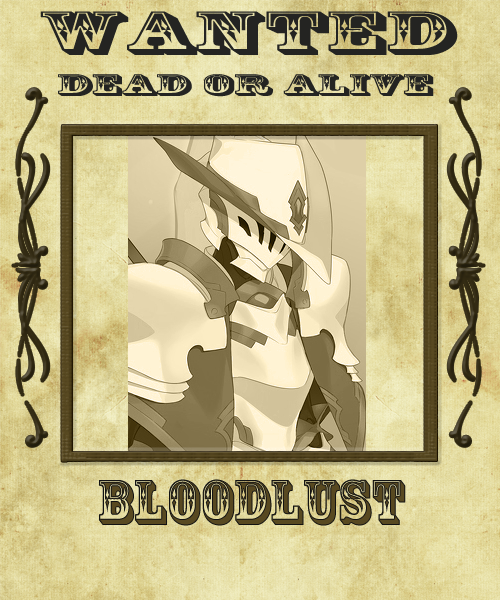 WANTED: Bloodlust members for assault on civilians, assault on guardsmen, attempted kidnapping, and terrorism. Many of them are capable mages, but are well prepared in dealing with that short coming. (Requesting Guard: Brunor)


DECEASED: Narielle's wanted poster has been taken down; on account of being deceased. 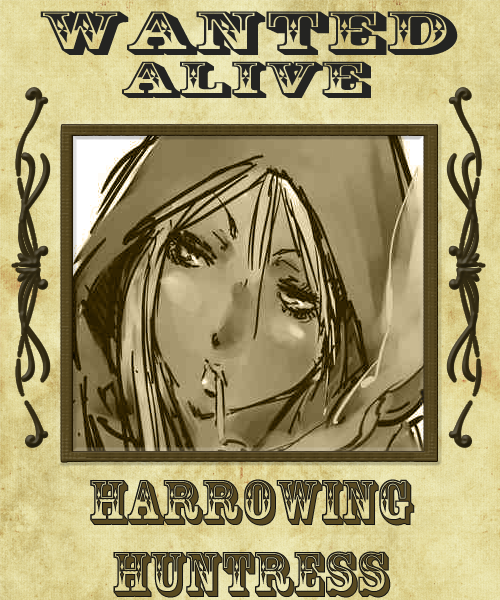 WANTED: Scarlet (Harrowing Huntress) for assault on civilians, assault on guardsmen, attempted kidnapping, and terrorism. She holds prowess with a rifle and a wild way of firing. Member of Bloodlust. (Requesting Guard: Brunor)


DECEASED: The Steel Shadow's wanted poster has been taken down; on account of being deceased.

OOC NOTICE: Contact Fern#5298 if interested in hunting. WARNING: You need to consent to character death risks if you fight this criminal.
Last edited by Stenzio on Wed Nov 06, 2019 3:22 am, edited 1 time in total.
Top

CAPTURE: Acacia (Sharp-eared Woman) has been captured and rewards have been doled out respectively. Glory to the empire.
Top 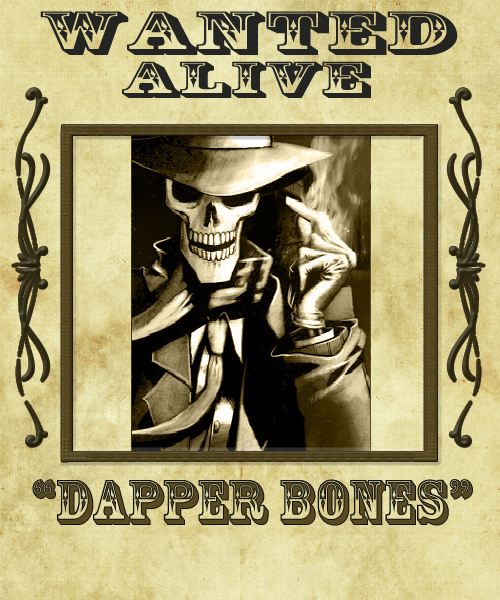 Dapper Bones: 10,000 Mura (1 Legend Ink)
WANTED: "Dapper Bones" (Name unknown) described as being a lich dressed in a suit and fedora, has a liking to fire, wanted for inciting panic, resisting arrest and assault on a guard. (Requesting guard: Faye)
Top

CAPTURE: Scarlett (Harrowing Huntress) has been captured and brought into the fort. Long live the empire.

CAPTURE: Duncan (The Little Freelancer) has been captured and is serving his time, glory to the empire.
Top 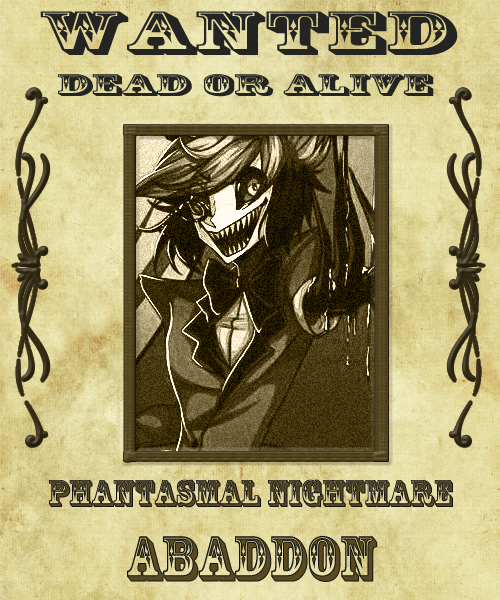 Abaddon: 50,000 Mura (4 Legend Inks)
WANTED: Abaddon (Phantasmal Nightmare) for 1 count of murder, 2 counts of torture, 2 counts of kidnapping, and generally anything else that can and will apply. (Requesting Guard: Varen)
Top
Post Reply
17 posts