"VAs are too strong!" "Evokers are too weak!" "Nerf Kinu!"
A place for all your ideas and woes regarding game balance.
Post Reply
17 posts

I support Kam here.
I have nothing useful to contribute to this signature.
Top

I see the concerns for the most part here (Except Jupiter's post which seems to be structured very strangely.) and mostly made thread in nostalgia for the old invocation mechanic that gave ways for people without silence to deal with the powerful effects of an invocation, I -personally- thought that was very fun, but I did not play a lot of casters back then either so I could see myself frustrated by a random 20 damage breaking my invocation (Perhaps a threshold would be added to prevent low damage from even having a remote chance of breaking an invo)

Another idea to be had before but was met with initial concern, was to have damage thresholds tied to invocations, probably through the invocation status itself where you'd need to take x total damage specifically before it breaks, having it be a very large number which might require team effort to break would be an ideal scenario, something like up to lvl 600 which is feasible, but very tough for 1 person to deal on their own.

Otherwise I'm fine leaving them where they are as well, though it still makes those mages with impossibly high status res tough as nails to crack through, especially with very powerful invocations like Adon Graxis, Earthbound Vengeance, Spirit Pain, and all of Evoker's invos, the latter of all of that which has HSDW to exist in aiding it.

Make the minimum damage required to break an invocation equal to the target player's level.

For multi-shot guns, they can still use headshot. 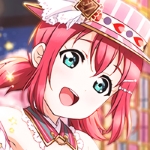 Thats too low, 60 damage is something everyone can pull off. And remember, majority of people plays Duelist classes for fleur, expecting to be hit three times is common place.

And i agree only a few invocations are worthwhile even casting in comparison, and adding risks that probably will end poorly for them majority of the time will make the less used invocations as good as deleted.
Top

I think they mean 60 minimum damage for the break check to occur, to stop multi damage instances from brute forcing it with a dozen or so break checks, like multishot guns used to.
Top

Spoops wrote: ↑
Wed Nov 27, 2019 1:09 pm
I see the concerns for the most part here (Except Jupiter's post which seems to be structured very strangely.)

These () are brackets. They denote a minor segment of text which, while relevant to the subject matter of the sentence, can be removed entirely without disrupting the delivery.

This - is a hyphen. It denotes a relevant deviation from the text which cannot be satisfied by enclosed commas; the sentence can exist without this segment but it would lack expansive context.

Bold text like this emphasizes particular words, in this instance 'Somebody', meaning Dev. Now, if we put all of this together...

- One. Celerity based builds suffer more from this proposed change than others do, because of the fact that the Evasion reduction they do possess - and accompanying armor with their class spread - is insufficient to mitigate significant AND multiple instances of damage that would shatter their invocations.

- Two. Yes, they can skip. Yes, they can build specifically with classes in mind that will negate this problem. Yet, the 'what if they' argument is partly null and void. It relates because skill is objectively a factor in a successful fight. It does not relate because once the effective methodology (e.g. Skip / Cobra / blah blah) has been established, it will be learned and a counter will be established - then you're back to square one with the raw numbers which do not add up. The raw numbers are the concern here, because the break chance scales off the amount of damage that a person will take - and let's not kid ourselves, against a determined opponent in a battle that matters, they will take that damage.

- Three. Certain other skills currently exist that are mandatorily used by extremely common builds that require both less setup and hilariously the bare minimum of effort positioning, i.e. Point and shoot skills. Again, this returns to the root issue I'm pointing out with this, which apparently wasn't obvious enough.

Nerfing the talent when the only condition for breaking is a % chance based on damage is bad. Why? Because it pushes people toward specific builds if they do not wish to be punished for creativity.

What you want here is a flat chance, which is the same for everybody irregardless of who they are, which can only be accessed by specific attacks that are deemed 'heavy' or 'weighted' - let's call it Flinch Factor. Add a torso enchant that can reduce Flinch and you're good to go.

Unsurprisingly, this would require skills to be edited and therefore revisited. This needs to be done anyway, considering this subforum is sadly the most active.

Lolzy is correct in understanding my post; my apologies for not wording myself better. It would also be useful for cinders, poison, etc.